Social media has made a rapid and diversified spread of humorous jokes. These pranks vary from peculiar treatments to funny pet incidents. Have you heard of the dog food diet joke? It is one of the most widely spread trends regarding pets and their food. 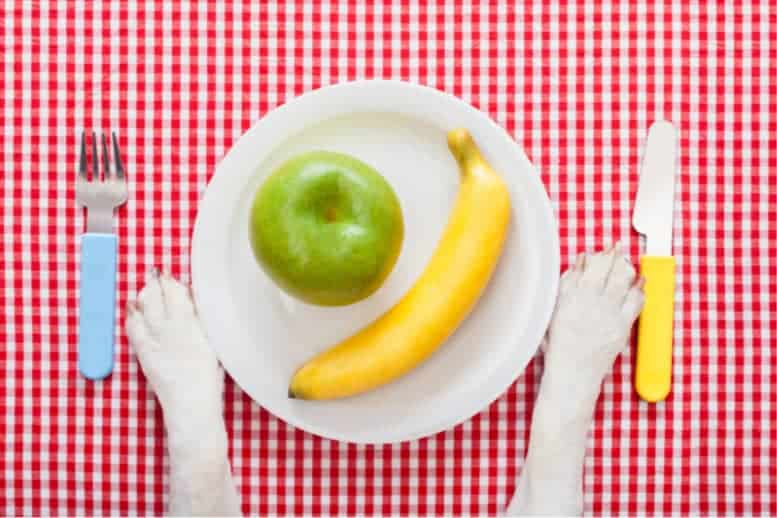 So what’s the origin of this prank? It all started with a viral story when a man tricked a lady. He made her believe that he lost his weight, maintaining a dog food diet.

Since then, this prank has resulted in some more jokes and challenges. People enjoyed tricking their pets , and a new Internet sensation circulated. Here we will discuss some of such funny tricks resulted from dog food diet jokes.

This story quickly became viral through social media and radio. The primary source is still unknown as some say they read it on Facebook, many heard of it on a radio station or through some forums. However, the central theme remains the same regardless of its medium.

According to the narrative, a retired person was buying some food for his dog. A lady asked him if he had a pet dog, which bothered the guy. Someone will buy dog food only when he or she has a dog at home. Thus, such an absurd question ridiculed him.

As a result, he replied, saying that he didn’t have a dog, but he took those nuggets for himself. He also mentioned that he follows a special diet with these pet foods and wishes to start them again.

The guy didn’t stop there and continued his prank. He said that previously he had to be in the ICU while he was following the diet. Cords and tubes covered both of his arms.

He claimed that these dog foods contain all the nutrients we humans need. We can maintain a healthy lifestyle and lose weight significantly if we keep eating them from time to time.

The humorous person claimed that he lost 50 pounds throughout this entire incident.

The hilarious part was yet to come. The woman believed this story and asked if the dog food poisoned him.

That is when the man replied negatively and said that he would urinate on a hydrant, and a car smacked him. This reply, according to the narrator, made a roll of laughter in the entire counter.

The man concluded by saying that he made the prank as he has lots of free time after retirement. Thus, he suggested not messing with a retired person.

There’s no healthy or useful dog food for humans. Still, the lady unnecessarily asked if the dog food was for the man’s pet. This question, to some extent, does justify this prank.

This joke has been circulating through the Internet for many years, and people love the story.

Such pet-related pranks went viral on many social media platforms as well. We can look at some examples of these animal puns.

Putting the dog on diet challenge:

Recently many Tiktok users are playing this prank with their dogs. The tiktokers serve a tiny amount of kibbles for their pets. As a result, the pups give hilarious expressions out of confusion and hunger.

The Internet has lots of TikTok videos showing the reactions of dogs after this challenge. Those feedbacks are adorably funny.

Some pets give a blank and helpless look at the owner. Some dogs threw the bowl out of frustration. The funny part was when another one voluntarily grabbed more food from the pack.

On the other hand, a poodle sat quietly after eating only two pieces of kibbles. It kept waiting unless the owner put some more food on the bowl.

This challenge also gave insights into the dog’s psychology and priority. Thus such funny trends contributed to some development activities as well.

However, if someone wishes to put his/her overweight pup on a diet, this challenge won’t help much. The videos show that pets might get frustrated with a small amount of food.

They are most likely to eat a certain amount of food every day. A sudden reduction in their daily food amount can negatively affect them. Instead, you may slowly reduce the food quantity.

This slow reduction will gradually make the dog used to having less food. Besides, you may also engage the pups in many physical activities. Various games are available to make the pets more active.

The more physically active they remain the healthier lifestyle they achieve. Hence, patient monitoring is a must for putting your loyal friend into the diet.

This diet joke is not the only fun content regarding pets or pet foods over social media. Dogs are very particular regarding their possessions. Thus, owners keep messing around with their little friend’s meals or toys to enjoy the reactions.

Apart from these diet jokes, social media entertains with many other themes as well. Some videos show a dog enjoying the music along with the owner. Also, there are videos of a pup who attentively listens to the story its master was saying.

Moreover, there are tons of memes, jokes, stories related to these pets. These contents are entertaining to read. Readers also enjoy the one-liner jokes that linked many dog breeds to a witty question.

Jokes and puns linked dogs are ruling social media. If you have a pup, you can directly or indirectly find many exciting experiences to share. Luckily, you’ll find many people who will keenly listen to your stories.

The dog food diet joke is a funny example of harmless humor. The man jokingly expressed his annoyance at a silly question. This humorous story got more interesting, mainly for the lady’s innocent conviction on the guy’s response.

Dogs have always been a dear pet to us all. Anything related to them quickly grabs our attention. Therefore, from humorous dog food diet jokes to the hilarious dog on diet challenge, every theme woos us.

I am the pet doctor and pet guide expert. I have been a vet for over 10 years, specializing in dogs and cats. My favorite type of animal is a ferret, because they are so intelligent!